During the 12th century, the Incas first appeared in the Andes region and gradually built their massive kingdom. They began their conquests in the early 15th century and their territory reached along the Pacific coast and the Andean highlands from northern Ecuador to central Chile. They gained control of an Andean population consisting of 12 million inhabitants from more than 100 ethnic groups. Their dynasty was well maintained through agriculture, roadway systems, irrigation systems and a centralized religion and language. They also had a well-organized relay service that carried messages in the form of knotted cords at a rate of 150 miles a day. The Inca had a great understanding of mathematics and knew about hydraulics and astronomy. They developed important medical practices such as performing surgery on human skulls and using anesthesia. They are famed for their unique art and architecture. The Inca constructed finely-built structures wherever they conquered. The Machu Picchu was founded by emperor Pachacuti Inca Yupanqui in 1450. It is located in the High Andes of Peru and was used as an imperial retreat and ceremonial precinct. It is listed today as a World Heritage Site by UNESCO. The Inca religion centered around nature gods such as Inti the sun god, Viracocha the supreme god, and Apu Illapu the rain god. Sacred ceremonies with animal sacrifices were performed. They considered themselves as the children of the sun and that their ruler was Inti’s embodiment on earth. There was no written language so the history of the Inca stayed alive through generations of stories. Despite the military strength of their emperors, the Incas were quickly overwhelmed by disease and the superior weaponry of the Spanish invaders. The empire was lost by 1535.

The De Carlini Inca Chief Italian Christmas Ornament is decorated in a colorful coat and a feathered headdress with gold glitter.

The De Carlini Inca Warrior Christmas Ornament is decorated in a traditional blanket-like poncho and holds a blowgun.

The De Carlini Inca Dancer with Mask Italian Christmas Ornament is decorated with an Inti god mask and a blue painted tunic.

The De Carlini Inca Princess with Baby Italian Christmas Ornament is decorated in a colorful dress with a portable cradle carrying an infant on her back.

The De Carlini Inca Woman with Basket on Head Italian Glass Christmas Ornament is a beautifully crafter reproduction of the female weavers of the Inca society.

The De Carlini Andes Llama from the Incas Italian Christmas Ornament is the perfect gift for animal lovers! Llamas provided the Inca with food, wool and a way to transport good 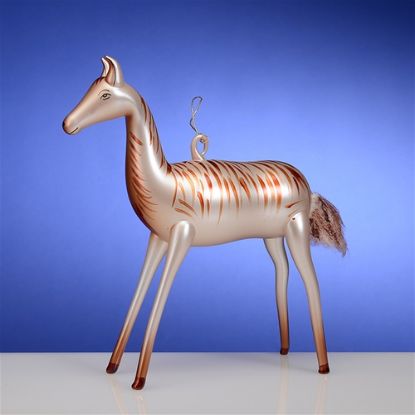 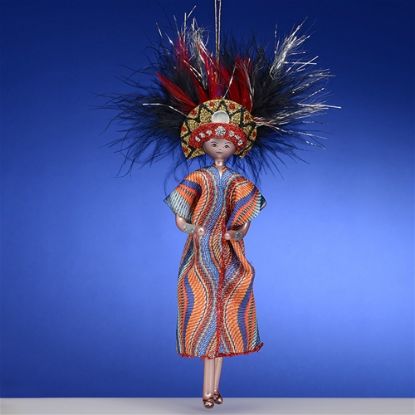 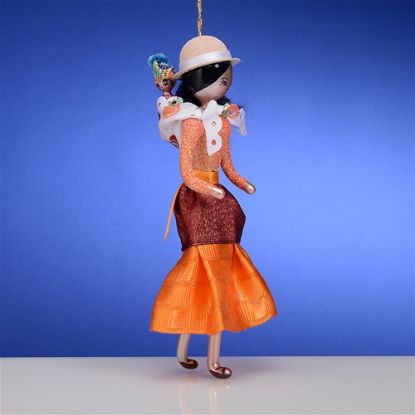 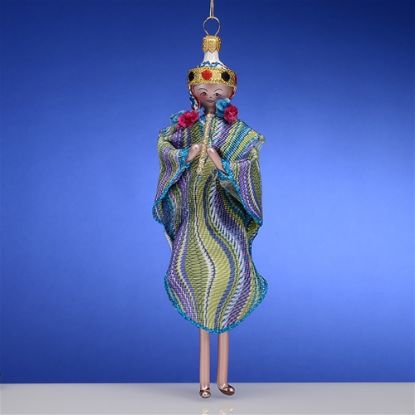 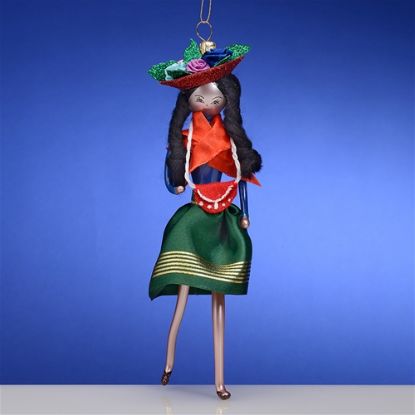