Espresso is the purest distillation of the coffee bean and is enjoyed by coffee drinkers all over the world. In some countries, espresso is just coffee. Espresso is not a roasting method but a method of preparation. During this process, highly-pressurized hot water is forced over coffee grounds to create a very concentrated coffee drink. Making a good espresso requires finding the perfect balance between grind, pressure and temperature. Technology has played an important role in the history of the development of espresso. In the 19th century, Europe’s coffee business flourished across the continent. The brewing process was slow and the need to expedite this process was great. Inventors across Europe started to explore ways to use steam machines to reduce brew time. In 1884, Angelo Moriondo of Italy was granted a patent for the first coffee machine. This machine consisted of a large boiler that heated to 1.5 bars of pressure and pushed water through a large bed of coffee grounds and a second boiler that produced steam to flash the bed of coffee and complete the brew. This machine was a bulk brewer created for the Turin General Exposition. In the early 20th century, Luigi Bezzerra made several improvements to Moriondo’s machine. He invented the single-shot espresso machine. Bezzerra introduced portafilters, multiple brewheads and many other innovations to the espresso machine that are still recognized today. His patents and designs were unappreciated due to lack of funds to expand his business and lack of marketing knowledge. In 1903, Desiderio Pavoni bought Luigi Bezzera’s patents. He improved Bezzera’s design and invented the first pressure release valve. Pavoni also created the steam wand. Pavoni and Bezzera worked together and introduced the caffee espresso at the Milan Fair in 1906. Pavoni continued to widely market his espresso machines and commercially produced them. After the Milan Fair, other inventors started producing their own espresso machines. These early designs relied on steam exclusively and could produce up to 1,000 cups of coffee per hour. The side effect of brewing coffee this way would leave it burnt or bitter. Machines became smaller and more efficient as electricity replaced gas and Art Deco replaced the heavy brass and chrome aesthetics. In the 1920s, Pier Teresio Arduino built a marketing machine around espresso and became largely responsible for exporting machines across Europe. After World War II, Milanese café owner Achille Gaggia invented a lever operated pressurized espresso machine that increased the water pressure from 1.5-2 to 8-10 bars. This process created foam that floated over the coffee liquid and Gaggia started referring to it as “caffe crème”. This lever machine was the first of the contemporary espresso machines.

The Limoges Double Espresso Machine Box is designed after the contemporary espresso machine and includes a porcelain coffee box, sugar cube and metal spoon. This item is for those who aren’t just satisfied with a single espresso shot!

The Limoges Single Espresso Coffee Maker Box is painted red with an easy identifiable portafilter holder and small espresso cup. This popular item would make a great gift for all coffee lovers! 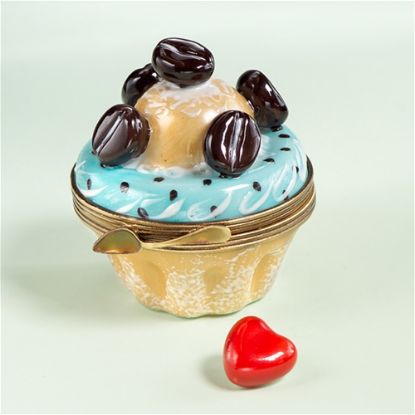 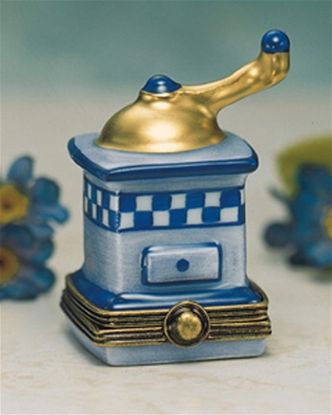 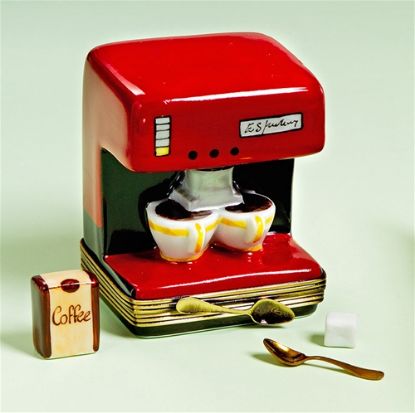 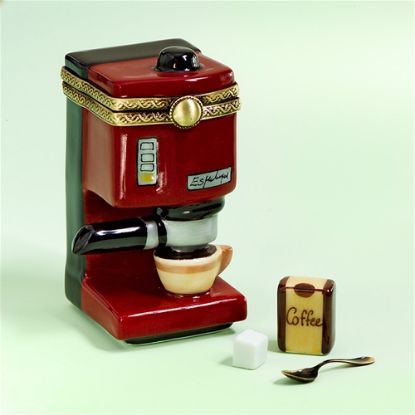