The Cottage Shop offers a variety of Limoges Telephone Boxes that are all designed to meet the individual collectors style and needs. In 1871, a group of investors backed up inventor Alexander Graham Bell to perfect the harmonic telegraph. This device allowed multiple messages to be transmitted over a wire at the same time. While he was working on this project, he was trying to find a way to transmit human voices over wires. In 1875, with the assistance of American industrialist Thomas Watson, Bell created the receiver that could turn electricity into sound. Together, they worked on telephone experiments and in 1876, Bell made the first ever phone call to Watson. In 1877, the Bell Telephone Company was formed and Watson became its head of research and technical development. There were two other scientists working on similar technologies at the time. Antonio Meucci and Elisha Gray challenged Bell’s patent for the telephone. After battling for nearly 20 years and 550 court challenges, Bell company won in a Supreme Court decision. In the course of his career, Bell worked on hundreds of projects and received patents in various fields. He also invented numerous techniques to help teach speech to the deaf and worked with Helen Keller. In 1880, he was awarded the French Volta Prize and used the money to found the Volta Laboratory in Washington, D.C. Bell served as president of the National Geographic Society from 1896 to 1904. The evolution of the telephone has been nothing short of amazing.

In 1889, William Gray and George A. Long invented and developed the world’s first pay phone. This coin-operated telephone was installed on the side of a grand stone and brick building that was home to the Hartford Connecticut Trust Company. In 1892, inventor Almon Strowger patented the first working model of the rotary telephone. The Strowger Automatic Telephone Exchange Company installed the first working system in La Porte, Indiana. This system allowed people to contact each other directly instead of using a middle person and was used by U.S. telephone companies for many years. This system paved the way for a revolution in telephone technology.

The Limoges I Called to Say Telephone Box is painted in a bright red with a rotary dial painted in gold. This item comes with a sweet porcelain message and would make a great gift for someone special!

The Limoges 60s Floral Telephone Box is painted with striking retro 60s flowers and would make a cute gift for teens.

The Limoges Irish Telephone Box with Message is painted with green clovers with a clover clasp and includes a porcelain Dia Dhuit message card.

The Limoges French Country Telephone Box is painted beige with delicate flowers and will bring the country Provence design to your home!

In 1973, Martin Cooper engineered the first portable cell phone for Motorola. Motorola tasked Cooper with this urgent project because they did not want AT&T to have a monopoly of cell phones. In 1946, AT&T introduced mobile telephones that were restricted to running off car batteries because they used a large amount of power. They also only had an area of 11 or 12 channels. Cooper’s project resulted in the DynaTAC phone which was 9 inches tall and weighed about 2.5 pounds. Users were able to talk for 35 minutes before the battery depleted. In 1983, Motorola introduced the first portable cell phone for consumers. The DynaTAC 8000x was priced at $3,995 and was a success. The telephone has evolved to the touchscreen mini computers we use today.

The Limoges I Love You Cell Phone Box is painted in black with an I “heart” You message on the text screen.

The Limoges Bonjour Cell Phone Box is painted in silver with red number keys and Bonjour! On the text screen.

The Limoges Pink Handbag Box includes a compact porcelain cell phone, lipstick and sunglasses. This precious item would make a great gift for any occasion. 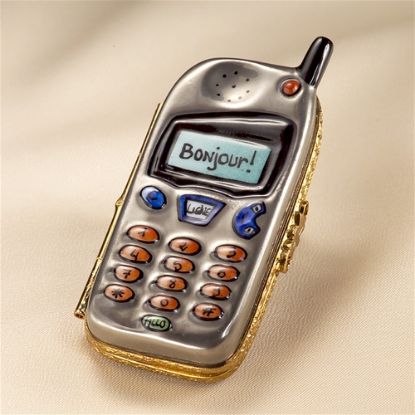 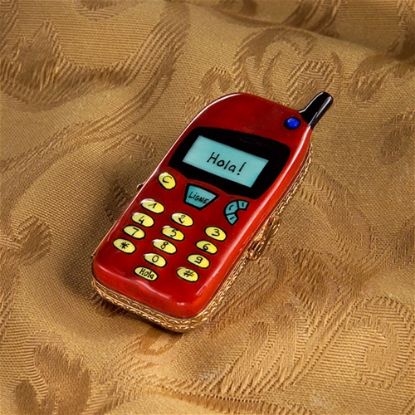 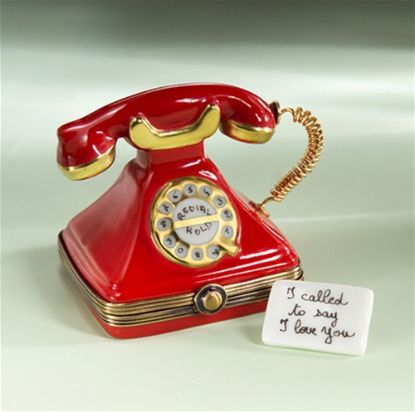 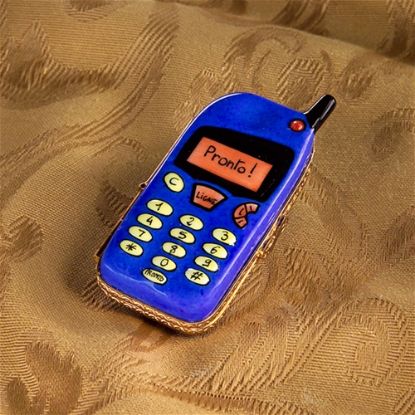 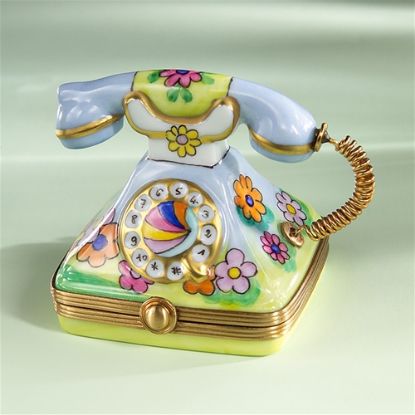 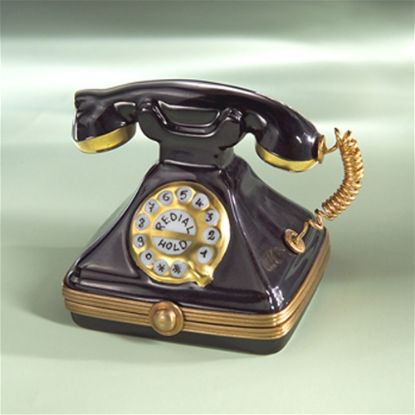 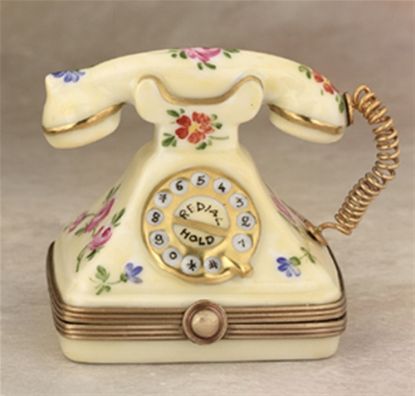 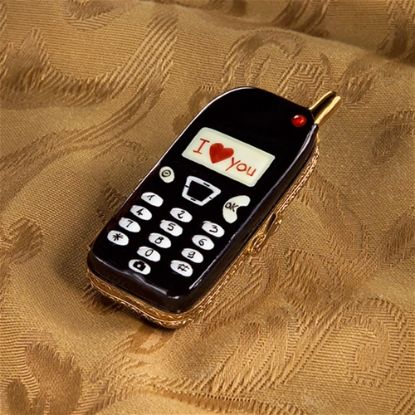 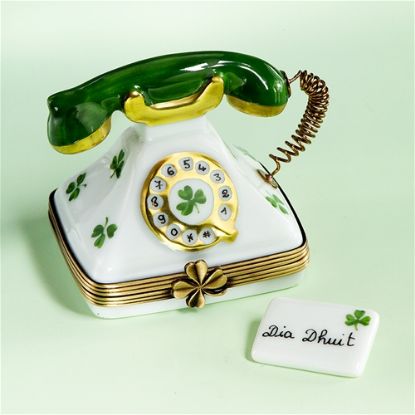 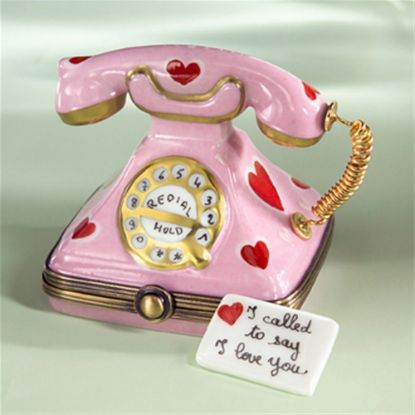 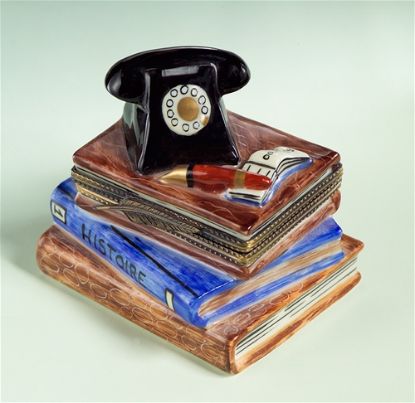 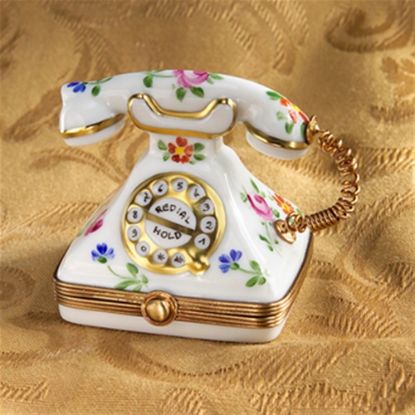