In the U.S., Mother’s Day is celebrated on the 2nd Sunday in May. It was first created in 1908 by Anna Jarvis and became an official U.S. holiday in 1914.

Anna Jarvis’ mother, Ann Reeves Jarvis, organized women’s groups to promote friendship and health. In 1868, she organized “Mother’s Friendship Day” in which mothers met with former Union and Confederate solders to promote reconciliation. After her mother passed away in 1905, Anna felt that the adult children of her generation treated their parents badly. She led a campaign to recognize mothers and hosted a tribute on the anniversary of her mother’s death. Anna wanted Mother’s Day to be a way of honoring the sacrifices mothers have made for their children. The movement to make Mother’s Day be recognized as a National holiday was fueled by the need to overcome the bias of American holidays celebrating only male achievements.  Anna and her supporters wrote to ministries, businessmen and politicians in order to establish a national Mother’s Day. In 1914, President Woodrow Wilson proclaimed Mother’s Day as a national holiday. The Limoges Friendship is Love Roses Box is painted with roses and other pink flowers on top. The Limoges When I Count My Blessings Box is painted in a pale yellow and has elegant floral accents around the top.

Worldwide, Mother’s Day is celebrated in different ways and different times of year. The many countries that celebrate the commercial holiday, shower mothers with gifts such as flowers, jewelry, spa days, chocolates, fruit and spring items. The Limoges Sunflower in Metal Flower Pot Box is very striking with the bright yellow painted sunflowers.  The Limoges Lily of the Valley Make Up Box includes porcelain lipstick, scissors, make up brush and nail file. Each porcelain piece is a perfectly painted replica.

The ancient Greeks and Romans held festivals in honor of the mother goddesses, Rhea and Cybele. Both known to be mother of the gods. Hilaria festival lasted 3 days and started on the March equinox. Megalesia festival was held from April 4 to April 10. During the Middle Ages, those who moved away to work would visit their home parishes and mothers on Laetare Sunday or also known as Mothering Sunday. Today, there are many Christians in Ireland, UK and other countries that still celebrate this day by visiting their baptism church to honor their mother. The Limoges To Mother with Love Frame Book Box has two heart shaped windows to display pictures. This box is painted with roses and blue ribbon.

In Thailand, Mother’s Day is celebrated on August 12th to commemorate the birthday of Queen Sirikit. She is considered to be the Mother of all Thai people. Thai households and public places are decorated in lights and portraits of the Queen. The day starts off with an alms-giving ceremony followed by a country-wide candle lighting and fireworks display. The Limoges All My Love Double Heart Box is a special traditional box with elegant painted flowers and a 3D double heart on top.

In India, the Hindu people celebrate the Durga Puja festival which lasts for 10 days in October. Durga Puja celebrates the victory of the mother goddess Durga over the demon kin Mahishasura. The streets are decorated with festive lights, large speakers playing festive songs and pandals.

In Spain, Dia de la Madre is a very significant holiday and is celebrated on the 1st Sunday in May. Spanish mothers are administrators of households and are fundamental pillars of family structure. Culturally, they dedicate their lives to family and on this special day, everyone wants to give them the recognition they deserve. Traditions don’t differ much from the rest of the world. It involves showering mothers with gifts and having a large family meal. The Limoges Thanks for Being a wonderful Mother Box has pink roses with green leaves painted on the top and includes a porcelain bouquet of roses.

In Yugoslavia, Mother’s Day is celebrated in December. Children go into their mother’s bedroom and tie her up. Their mother can only be set free after she promises to give them gifts.

In Australia, they celebrate Mother’s Day on the 2nd Sunday of May. Like the U.S., Australia wears carnations on Mother’s Day. The colored carnation honors mothers who are still living and white carnations honor those who have passed away.  The Limoges Orchids in White Pot with Butterflies Box has orchids painted in white with pink centers and the pot has blue painted butterflies and flowers.

The Limoges Mama Rabbit on Brown Rocking Chair Box has a mother rabbit holding her two babies. This box portrays one the sweetest moments between a mother and her young children.

The Limoges Mama Cat Feeding Baby Box has a mother feeding and washing her baby. The base of this box is painted in a bold brown while the other paints are light and detailed.

The Limoges Mama Turtle Box with 3 Babies has a green painted shell with painted details on the legs and head. This box includes 3 porcelain small turtles.

The Limoges Mother and Baby Giraffe Box has a mother standing tall next to her calf. Both have their distinguished spots painted in a warm cream.

The popular Limoges Mother and Baby Elephant Box has a base painted in green with brown accents. The mother shows affection to her calf in this piece.

The Limoges Birds on Nest with Eggs Box has two blue birds looking down at their nest. The nest holds two porcelain eggs and is painted in brown with orange flowers. 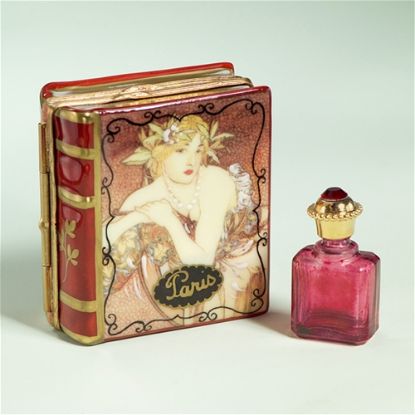 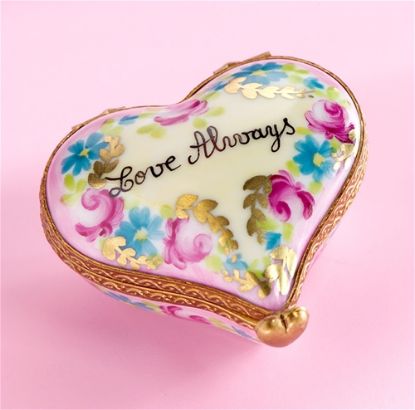 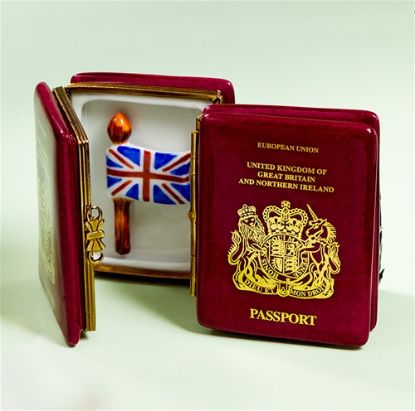 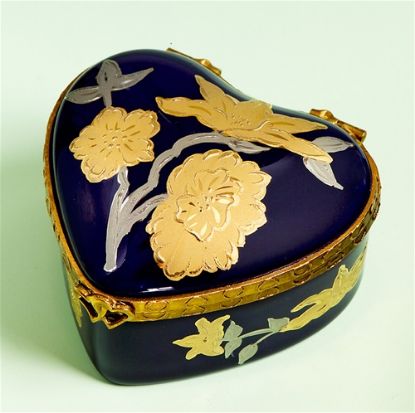 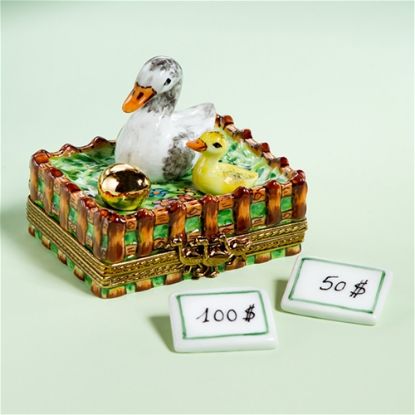 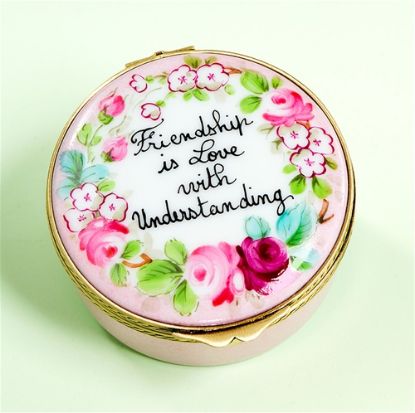 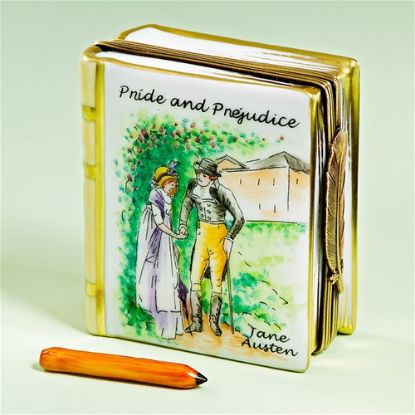 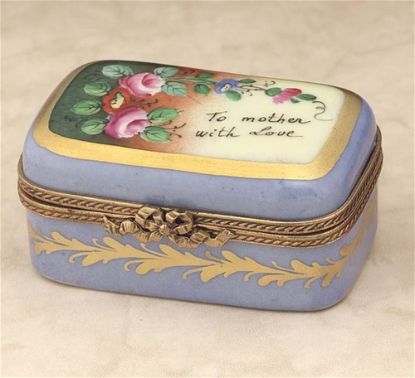 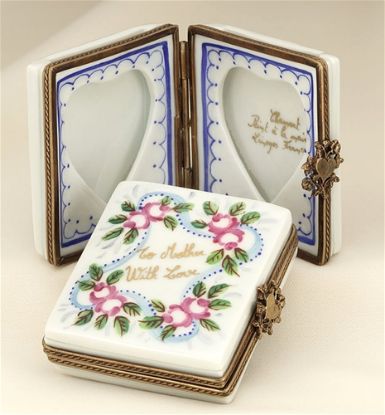 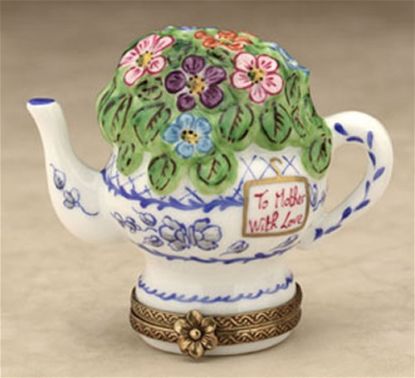 Limoges "To the Love of My Life" Box 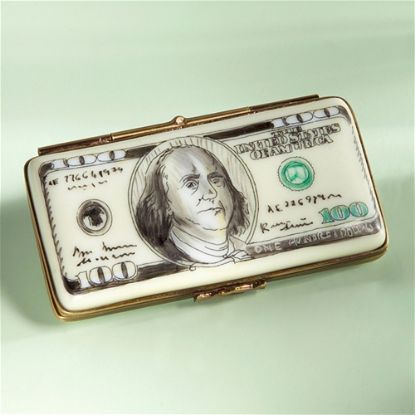 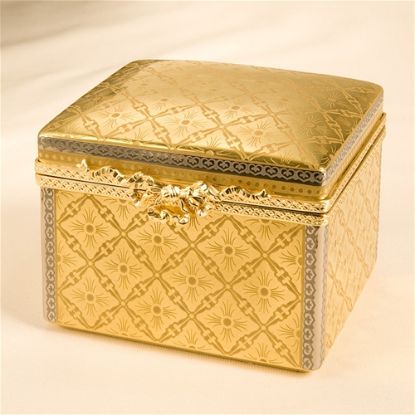 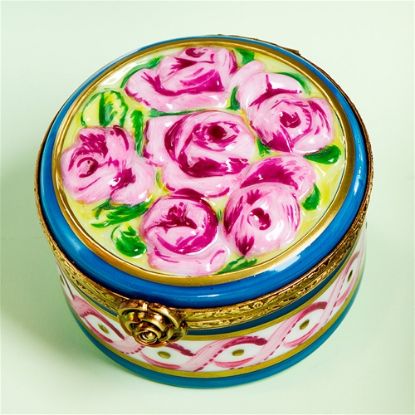 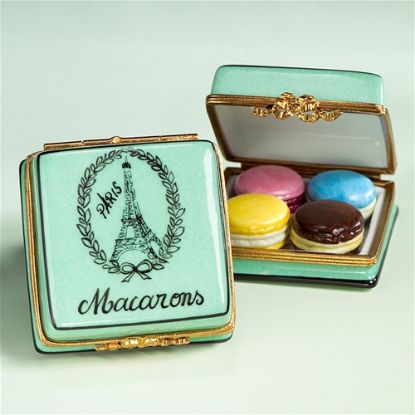 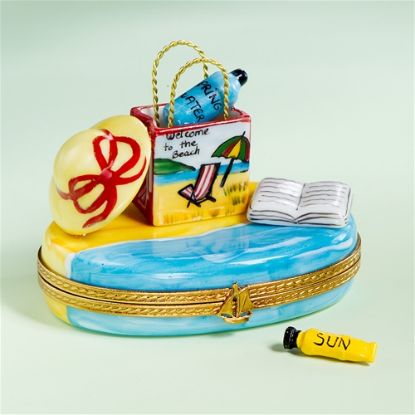 Limoges A Day at the Beach Box 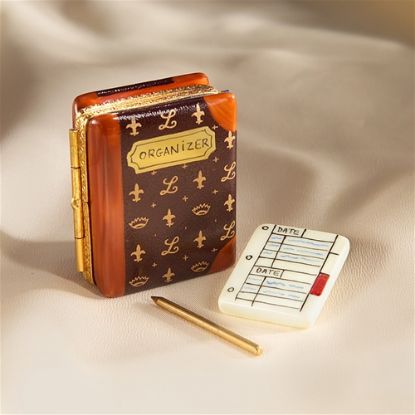 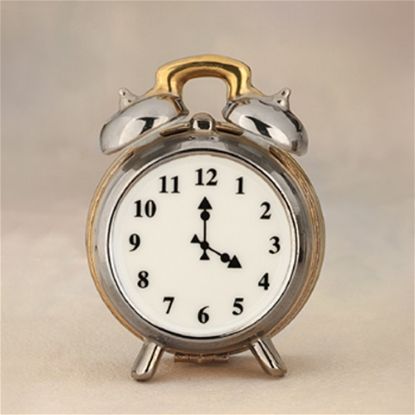 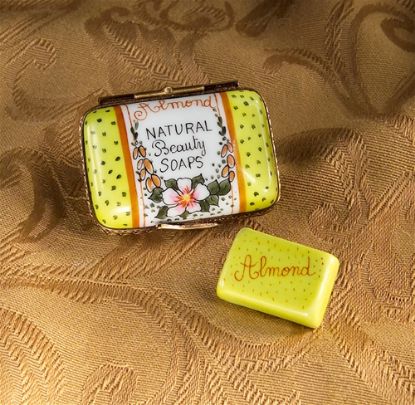 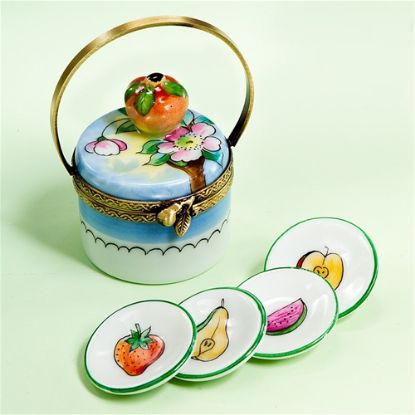 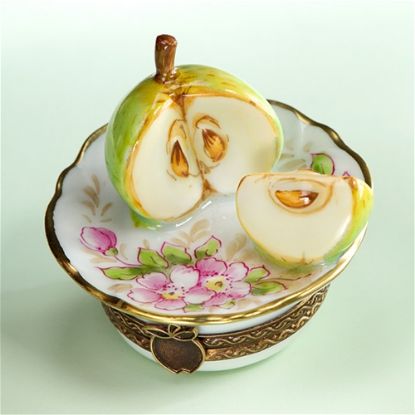 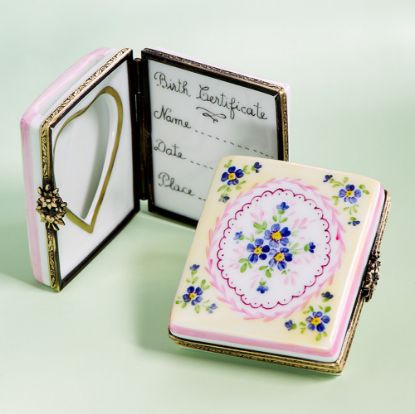 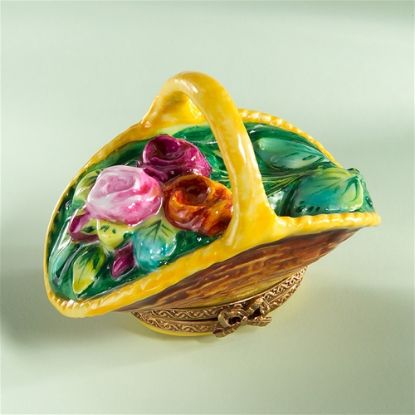 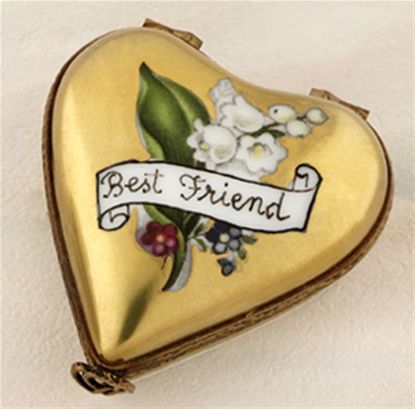